All about Blue Agave Restaurant in Uptown Gig Harbor

Let Gig Harbor’s top real estate, Paige Schulte, walk you through town and introduce you to the small business owners of Gig Harbor. Gig Harbor boasts a vibrant downtown scene lined with local business owners along with delicious eats from Uptown to Downtown Gig Harbor. Read on to hear about how Patty and Sergio partnered with former chef at their first Gig Harbor restaurant Puerto Vallarta to bring Gig Harbor, Blue Agave. Spoiler alert: their food is delish and the bar is on point!

Sergio and Patty Andrade, owners of Puerto Vallarta Mexican Restaurant & Cantina in Gig Harbor, had a vision for an eatery adapted from an integral part of Mexican street food: the taco stand. In 2008 the Andrades made that dream a reality and opened their first Blue Agave Mexican Grill & Tequila Bar in Port Orchard.

Just like authentic Mexican taquerias, Blue Agave gives you the opportunity to customize your order with the cooks by choosing specific tortillas, meats, and fillings as your plate is being assembled in front of you. With a wide array of salsas, you can make your traditional Mexican meal as hot or mild as your palate desires.

Unlike the average fast food taco stand that Blue Agave pays homage to, Andrade and Vidrio’s restaurant includes a full bar with more than 50 different varieties of tequila. With speedy and fresh food (try the house favorite, shrimp tacos), fabulous drinks like Scratch Margaritas with agave nectar, and cooks who remember repeat customers’ orders before they even get to the counter,

Blue Agave Mexican Grill & Tequila Bar is the perfect place to relax, unwind, and just be.

Andrade and Vidrio focus their charitable giving on supporting local schools and donating to educational youth programs. We love the summer nights on in Uptown enjoying live music. 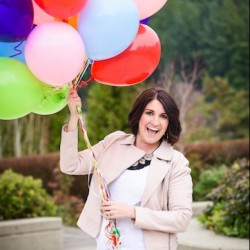 A Dog’s Guide to Gig Harbor

No comments so far.